MORE FAUX CHENILLE - AND A CONNECTION TO THE PAST

My husband and I visited an architectural salvage company recently who sell wonderful treasures from old rural homes: doors, shutters, spindles, windows, doorknobs, lighting, hardware, and much, much more, and keeping these items out of landfill. As I was seduced by the atmosphere in the barn and shop, I found 2 items I was compelled to purchase for use in an art piece.

One was the frame-like part of a vintage floor grate, measuring roughly 18" x 25, and the other a section of backplate for an old fashioned doorknob.

Once home, I got busy choosing colours from my stash of used textiles that would complement the floor grate frame and the door hardware, with the intention of sewing and slashing the layers of fabric to create a faux chenille look.

My vision was to put the doorknob backplate in the middle as the feature, with the slashed fabric lines radiating out from there, symbolizing stepping through a doorway to the unknown, to some connection to the past. The grate frame would be used as, well, a frame for the art. But after finishing the sewing and attaching the backplate, I felt something was missing. I added a few light green button-like beads, a few sequins, yet still needed something. Playing with other colours, twisting fabrics to add texture didn't yield any answers. I then put this project aside until the answer presented itself. 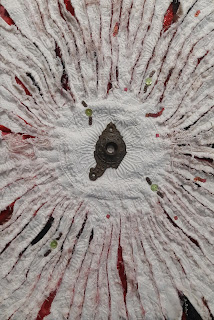 A week or so  later I was with a friend practicing free motion sewing, and was experimenting with sandwiching and sewing silk sari threads between 2 layers of water soluble film, forming small circles which I planned to fashion into small bowls. 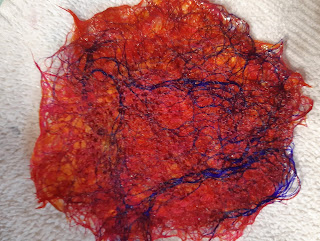 On a whim I placed a completed circle on my doorway piece. It was exactly the right look! The circle complements the curves of the hardware and plays off the green buttons. Deciding that 4 more circles of various sizes would complete the piece, I quickly sewed them up using a granite stitch over the sari threads and water soluble film, rinsed them to dissolve the film, and voila, this piece was almost done. Once the circles were dried, I could then stitch them on and touch up other areas to reveal more of the hidden fabrics and colours. 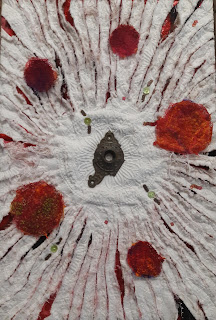 Aha moments such as these don't happen often, but it was just the discovery I needed to finish this work. The sewing of the fabrics and circles may represent a nurturing side, an energy, a connection to others in my life, and the fabric layers the depths of our selves. I've realized that the timeframe for making this has been around the anniversary of my mother's passing. Perhaps my Doorway is a connection to her and to my past. This creation was meant to be I think. 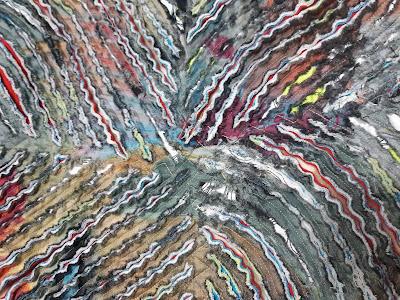 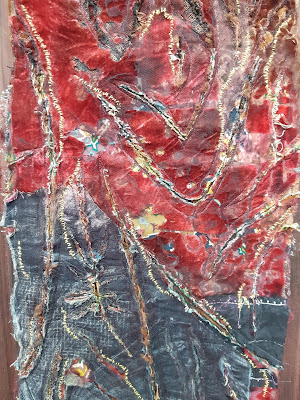 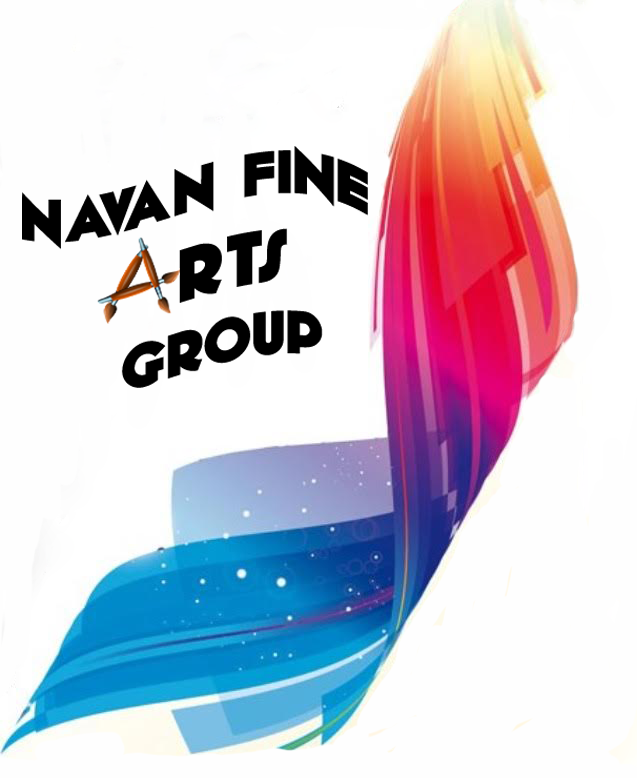